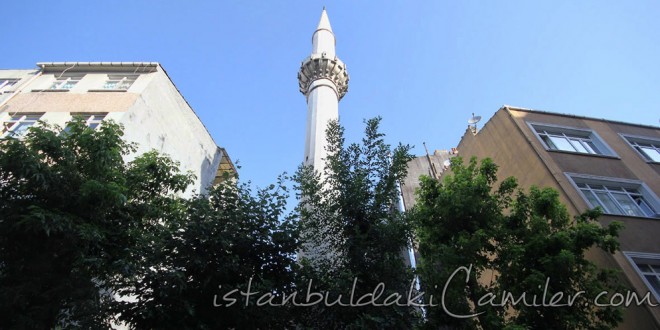 The mosque, also known as ‘Ceytani Tekkesi Mosque’ was built to by Hacı , İbrahim Ethem El-Hasanu’l Hussein Bin Hafız Mehmet Efendi in 1894. The mosque of which first mihrab was built as wooden curving outside became a ruin within time.

The mosque, which completely burnt down after the fire in 1990, was restored by late H. Faik Atkış and benefactor people in 1992 and opened to worshipping. The mosque was built as reinforced concrete and its roof was covered with roofing tile.

Its ceiling and walls are mostly decorated. Wall bottoms, mihrab, pulpit and lectern are decorated with tile. It has one minaret with one balcony and made of cut stone. The mousaleums of its constructor İbrahim Ethem Bin Hafız Mehmet Efendi and his family are in the smaller yard of the mosque.