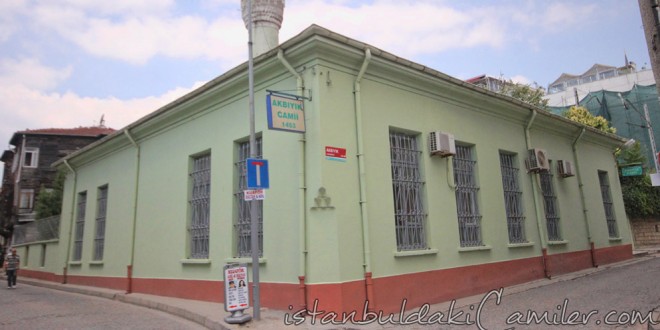 Akbiyik Mosque, one of the oldest mosques of Istanbul, is situated in Ahirkapi between the rialroad and seashore and was built for one of the statesmen of Fatih Sultan Mehmet period, Akbiyik Muhyiddin Efendi, in 1464.

The damages occurred in time was repaired by the help of Sultan Abdulhamit II, and lastly it was restored in 1950. Due to repairs it has seen in time, it has lost its original state. Since it stands closer to Mecca than the other mosques of İstanbul (of the time it was built), it got the name “Imaul-Mesacid” which means the leader of the mosques.

The district was also called with the same name until 1934. It was included into the District of Sultanahmet in that year. As mentioned above, the tomb of its benefactor, Muhyiddin Efendi, is in the garden of the mosque.

It has a square design with a wooden roof and has an inner space of 192 square metres. The minaret with a single balcony still preserves its old body and balcony. Minbar was added subsequently.