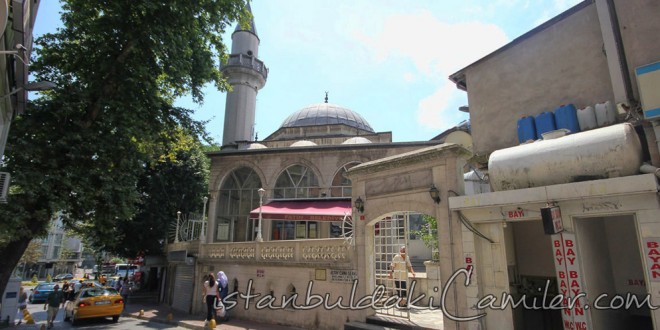 The mosque which was made of wood ruined in time, demolished and completely disappeared. Yet, in 1984, it was rebuilt by the Constitutional Association of the Mosque under the supervision of the Administration of the Foundations. It was built of face stones with a single dome. Its last congregation section has three little domes.

It has a minaret with a single balcony. The dais, minbar and mahfil are of wood f whereas the mihrab is bonded out of encaustic tiles. The dome is decorated with embroideries and calligraphy. There are shops under the mosque left in mortmain. It has a small graveyard in its threshold. The benefactor Debbagzade Mehmed Effendi served twice as Sheikh al Islam. He penned a work on syntax entitled as Tertib-i Cemil. He is buried in the garden of the dervish lodge he had it built near Yavuz Selim Mosque.