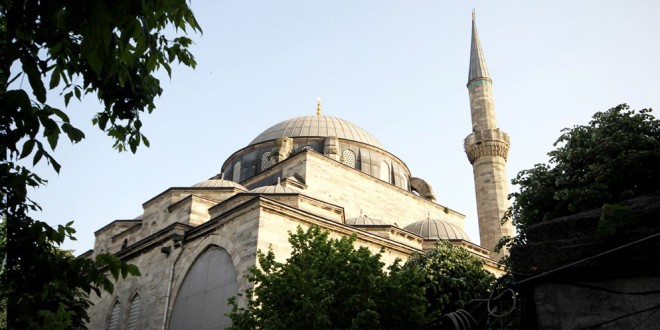 The mosque which is also called” Sedefciler Mosque” was built in 1496 by Atik Ali Pasa who is one of the stateman of sultan Beyazit II. periot.

The plan of the mosque is composed of a place coverd with five domes and allocated for the use of muslims who are late comers and on the same axis an interier with one main dome and one semi- dome and another two small domes on the flanks of the main dome.

The building was entirely made of cut stones called kofeki. With a slight change of plan, the mosque may resemble old Fatih Mosque.

The mosque is important as it sets up transition between Bursa ecole and classical style and it had some restoration since it underwent several fires and quakes.