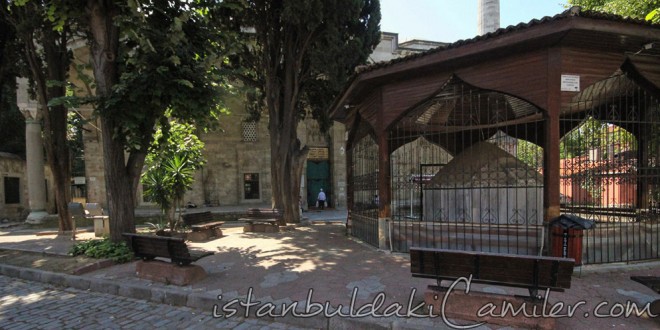 Davut Pasha, whose exact date of birth and place are not known, was educated in the Enderun School. He was assigned as the Grand Seignior of Anatolia during the reign of Fatih Sultan Mehmet (1451-1481).

He attended Fatih’s campaigns over Moldovia, Hungary, Albania, and the Siege of Shkodra. He was appointed as the Grand Seignior of Rumelia instead of Suleyman Pasha in 1478. He eased the fall of Shkodra, and captured the castles of Golbasi, Dergos and Les with the cannons built in the foundries built on his lead which were able to throw heavy balls and burning materials.

Due to his negligence in the escape of Ahmet Bey from Akkoyunlu Dynasty on March 8, 1497 from Istanbul to Iran, he was dismissed from Grand Vizierate and was sent to Didymoteicho and died there in 1498.

His funeral was brought to Istanbul and buried into the tomb of the mosque carrying his own name. As stated in the inscription of the mosque, it was built for Ghazi Davut Pasha himselt in 1485.