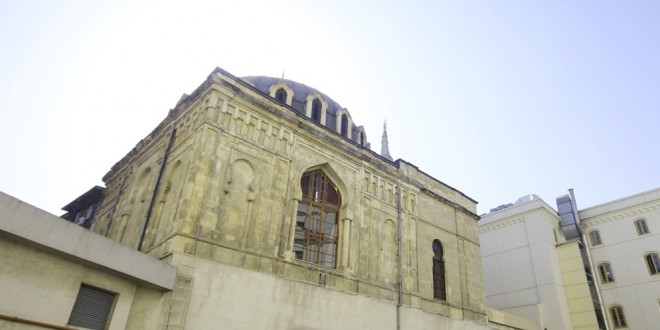 Hidayet Mosque was built for Sultan Mahmud II (1808-1839) in 1813 from in wood. When it was entered from the South side, on the threshold gate is the inscription written with the lettering of Yesarizade Mustafa Izzet, When the wooden mosque built for Mahmud II had become ruined time, the mosque was rebuilt for Sultan Abdulhamid II (1876-1909) in 1887 in its today’s outlook.

The inscription on the entrance gate of the mosque elucidates this renovation. Architect of the building constructed in the time of Abdulhamid was Alexsandre Vallaury of French stock. The mosque built over 500 m² appears as a two-floor building it its original. The last section is the main praying
space. Its design is close to square. There is the room fort he imam in the symmetry of the steps to upstairs. The main space is in square design. There are two large operable windows on itse ast and west walls and the mosque is illuminated with 21 windows situated on the dome.