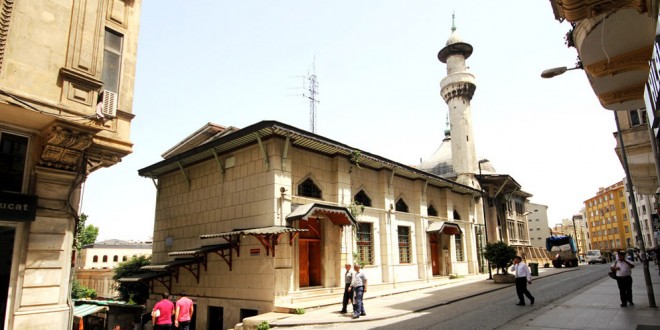 It was built for Hoca Hobyar in the year 1473. But since it is ruined in time it was rebuilt in square design by Mimar Vedat Bey when the New Post Office was built.

The mosque with a single dome is embellished with encaustic tiles. It has no bearing on with its old structure. The mosque which has 150 m² inner space has one minaret with a single balcony. There is an inscription on the gate showing the construction date of the mosque.

According to the records in the Registry Book of the Foundations, Hoca Hobyar’s the deed of trust was confirmed in the year 1477 and he left a total income of 2300 Akces to this and one another mosque in Cerrahpasa. Imams were assigned 2 akces per diem, where as the muezzins were put on 40 akces salary.