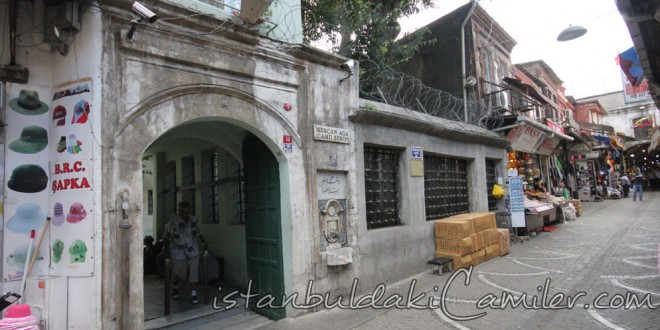 It is situated in Mercan, between Oruculer Street and Tigcilar Street, it is called Oruculer Mosque as well. The benefactor of the mosque is not known for sure.

Ayvansarayi, in his work entitled as Hadikatul Cevami writes that the Agha of Daru’s-saade is not the benefactor of the mosque. Yet, upon the couplet written by Altuncuzade Hafiz Mehmet, Ayvansarayi tells that chief of Daru’s-saade Nezir Aga had it rebuilt after it was burnt Upon that aforementioned couplet the mosque was renovated in the year 1702.

The mosque has a single minaret made of face stones with a single balcony. It was once more renovated during 1950s.