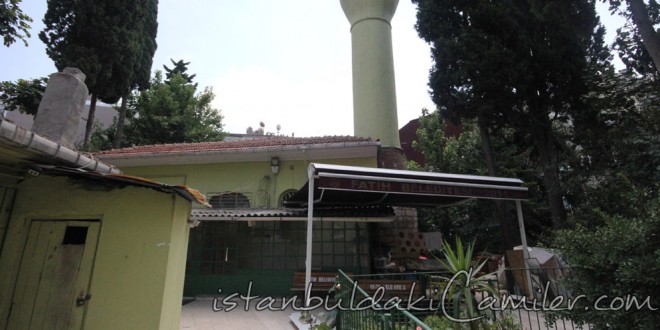 Iskender Aga, one of Fatih Sultan Mehmet’s accountants and tax officers, had this mosque built. Exact date of its construction is not known.

It is also called as the “Masjid of Kabakulak” because of the fountain built next to the mosque for Kabakulak Aga. The mosque was demolished in the great fire of 1730. The clerk of Majordomo Halil Effendi, who was assigned by the Padishah himself, had it rebuilt and its minbar following the fire.

Murat Aga had it repaired in 1834. The mihrab, minbar , and the dais are made of marble. It has a wooden roof covered with tiles and a minaret with a single balcony. There is a graveyard nearby the mosque that belongs to the Dervish Lodge of Kabakulak. Yet, this dervish lodge could not make it until today. The benefactor Iskender Aga is buried in this graveyard.