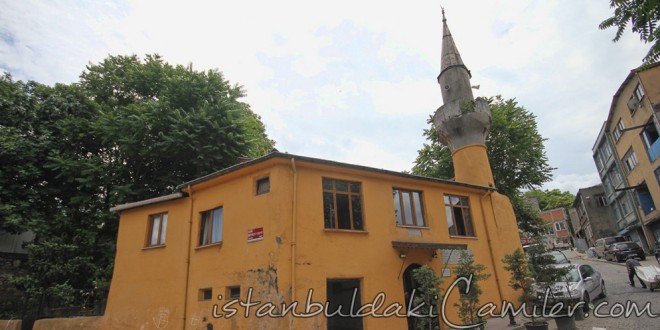 A Scholar of Fatih Sultan Mehmet Period. Sari Bayezid had this mosque built which located over Kucuk Pazar (Little Bazaar). on the road of Sari Bayezid in 1460. Agha of Darussaade (House of Felicity), Maktul Besir Aga had its minbar put.

Repaired twice in the years of 1747 and 1860. Sari Bayezid Mosque was renovated lastly by the congregation in 1962 in the leadership of Abdurrahman Yanki. Its walls are made of bricks and stones.

It has a wooden roof, dais, and minbar, yet the mihrab is of marble. Having a considerably small last congregation section, the mosque gets light from its eleven windows. There is nothing original left from its old construction in the inner part yet the external part and its minaret are original.

There is an inscriptıon over the gate of the masjid telling that Sari Bayezid had the mosque built. It has a minaret with a single balcony. There are various foundations allotted for the needs of the masjid. The grave of Sari Bayezid rests in the garden of his masjid.