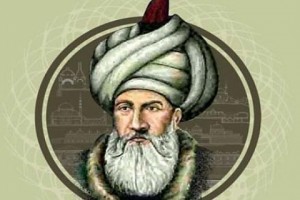 The information we have on the life and personality of Sinan is rather limited. We have no work or theoretical exposition written by him. If he has drawn any sketch or plan, he must have done so anonymously, as was the practice at the time, and none seem to have reached us?.

Son of Abdulmennan, Sinan was born a Christian child in the village of Agırnas, in the province of Kayseri. We do not know the precise date of his birth, which must have taken place sometime between 1494 and 1499. He was recruited in 1512 or 1513 by the devşirme (recruited) to be enrolled in the Janissary Corp. This took place under the reign of (Yavuz) Sultan Selim I, and it was the first time a child was recruited for that purpose in the area of Kayseri, as he vvrites himself in his Tezkiretul Bünyar. At the time he was recruited, Sinan must have been between fourteen and eighteen years old. In the devsirme system, some of the recruited Christian children became janissaries while others were sent to the Palace after receiving some education, to serve in various State offices. As other recruited children, Sinan must have first been sent to work on a farm outside Istanbul so that he could become familiarised with the language, religion and customs. He was then sent to the Acemi Ocagı a sort of Palace school, where he chose to practice carpentry and started working on building sites, closely watching his master workmen. He writes that he was then, as firmly resolute as the fast leg of a compass”, while “as keen to travel to other parts of the world as the other leg of the compass was mobile.” Under the reign of Kanuni Sultan Suleyman, he participated as a janissary in the Belgrade campaign in 1521 and as a foot soldier in the Rhodes campaign, and 1522, after which he was given the rank of “Athsekban”. He was promoted to the rank of Yayabasi after the battle of Mohacs in today’s southern Hungary, in 1526, during which Budin/Budapest was conquered. He participated to the siege of Vienna in 1529, and in the so-called German campaign of 1532 (in the North and North-West of Hungary) as a “Zemberekfibasi”. He also took part in the campaigns of Iran (during which Tebriz was conquered) and Baghdad (the Irakeyn campaign) in 1534-35. It was during one of these campaigns that, despite the lack of material and tools, he built three fully equipped and armed galleys, which he then took command of in order to cross Lake Van on a reconnaissance trip, during which he was able to father information on enemy forces situated on the opposite shore.

As a result of this and his other achievements as an engineer in previous campaigns, he was promoted to the rank of Haseki (sultan’s wife)1} in the Sultan’s bodyguards. After the Puglia (Southern Italy) and the island of Korfu (on the Adriatic Sea) campaigns (1537), he won wide recognition for the bridge he built in a very short time over the Prut river, during the Moldavian campaign (1538), despite a very marshy terrain. Following the death of the Chief Imperial Architect Acem Alisi, Grand Vizier (Sadrazam).

Lutfi Pasha appointed Sinan, then a “Subap (Superintendent), to the post of °Mimarba$f (Chief Imperial Architect) in 1539. Sinan’s previous successes in civil works played an important role in this promotion. When recalling this event, Sinan says he was sad to leave the army but happy to have the opportunity to accomplish other important things such as building monumental mosques1*.

Sinan was already of a mature age when he became The Chief Architect. He had seen monuments and works of different cultures during the campaigns he took part in both in the West and in the East. He had been faced with problems that needed rapid solutions, and the army had given him discipline, self-control and organisational skills. The learning and experience thus acquired must have helped him develop his designing talents and administrative skills. Sinan’s career as Chief Architect lasted as long as fifty years. According to the documents that list his works, he is to have designed, supervised, built or restored as many as 477 buildings. A very efficient system must have been established in terms of work organisation. It must have been difficult to find the required workers and masters and ensure the regular flow of necessary equipment and materials for the completion of simultaneous building projects, and such an organisation must have permitted to handle these on some sort of rotational basis.

With time, about two hundred of these works have disappeared, fifty have lost their original form and twenty have fallen in ruins. If we consider the fact that he was in charge of the whole Imperial Chamber of Architects and the hugeness of the Ottoman territory, it becomes difficult to believe that Sinan directly created all these works personally. We can however suppose that he must have produced at least some sort of plan or sketch related to these works. With the exception of those built towards the end of his life, the buildings erected in Istanbul, and we can number 316 of them, can be said to be his. With such a number of building projects completed in a period of fifty years, Istanbul must have been turned into a huge permanent construction site. Most of Sinan’s smaller buildings have not reached us in their original condition, but the works he created in Istanbul are enough to demonstrate his contribution to Turkish architecture. Architects do not seem to have held an important place in Ottoman State protocol. This is probably why he describes himself as a vulnerable art. At a time when the empire was so powerful Sinan designed buildings for three successive sultans, as well as numerous Palace notables, a sure sign that he enjoyed a great popularity and was much appreciated as an architect. He had won the esteem of Sultan Suleyman after he had successfully completed the city water supply system the Emperor had ordered him to build, a very difficult project requiring a great amount of knowledge. Sinan himself says: “I often had the honour of walking by his blessed stirrups and enjoying his conversation”. The fact that Kanuni Sultan Suleyman would have asked Sinan to lead the opening procession of the Suleymaniye Mosque although he had had it built in his own name is another unmistakable indication of such appreciation and esteem. According to the charter of the waqf he founded, Sinan was able to acquire a fortune including 12 mansions, 38 shops, 9 ouses, as well as land, mills, mesjids, two primary schools and four fountains. The charter specifies that the Koran should be read in his name in numerous places after his death; that on every 10th day of the month of Muharrem a food distribution to the poor should take place in his house; that clothes should be distributed to the children of his schools on the month of Ramazan; that the school’s heating should be provided in winter; that one person should be sent on pilgrim once every three years,- that the requirements of the neighbourhood of the mesjids should be met, including the pavement of the streets; that candles should be bought for the mesjids, and that prayers should be said for his deceased wife and son.

In 1582 he made his pilgrimage to Mecca, and had his life story and a list of his works written down by, Sai £elebi, a poet friend. According to the inscription on his tomb, which is situated next to the Suleymaniye Mosque, Sinan died in 1588.

Sinan says: “I have written a unique booklet describing in thirteen chapters the large and smaller mosques and other important buildings. I have designed and built. I have entitled this work Tezkiretu’l Ebniye. I hope that, God willing, good-hearted friends who visit my works will look at them with mercy as they realise the seriousness and endeavour with which I have strived, and eternally remember me with blessings.” Sinan’s writings about his life and works give the image of a man of the people who behaved in a humane manner19. This text has no scientific or theoretical content like those of Vitruvius or his contemporary Palladio, but when we look at his accomplishment and compare his designs and his works with those of the West, consider their complexity and the energy and knowledge required to complete them, as well as the incredible speed with which he was able to built so many faultless monuments, he definitely appears as a learned scholar. Sinan was not blindly bound to tradition. He had an open and analytical mind and was capable of drawing lessons from what he saw. He was a great designer and a scholar who could be inspired by others, but who could also develop the synthetic approach that blended these inspirations with his own views. This is what enabled him to create an architecture that has to this day kept its universal relevance.

As an architect, Sinan obviously had a perfect understanding of the topographical and built environment of Istanbul, the city he contributed so many works to, and he was able to make the most of this knowledge. It is probably not wrong to suppose that he must have visited and studied Saint Sophia more than often. At that time, Istanbul offered the spectacle of a developed city, expanded and adorned with hundreds of buildings which some of the most powerful Ottoman Emperors, such as, among others, Fatih Sultan Mehmed and Kanuni Sultan Suleyman, as well as their relatives and high-ranking State officials, had ordered to be built next to remaining Byzantine buildings. Among the best examples of that period were the old Fatih and the Bayezid Mosques. All the revenues of the Empire flowed to the city, all the best artisans and artists gathered there. Sinan was at the head of an organisation responsible for construction activities throughout the vast territories of the Empire, with numerous buildings being erected in places ranging from Bosnia to Baghdad, from Crimea to the Yemen. During in military career, Sinan had had the opportunity of travelling through many countries, visiting, studying and closely analysing many a building. Besides his understanding of space management, he had thus acquired a wide knowledge on bearing systems20. Just as his contemporary Matrakfi Nasuh painted every city the armies of Sultan Suleyman went through during the Irakeyn campaign, Sinan may well have studied and perhaps even drawn sketches of the buildings he saw in these cities. That he should have designed the $ehzade Mosque only two years after being named Chief Imperial Architect is a sign not only of his architectural talent, but also of his wide experience and fine perceptive qualities. To the very end of his life, Sinan constantly studied, experimented and sought new answers to problems of topography, space, mass and supporting structure. In doing so, he provided diverse and highly elaborate solutions, which make him the great master of Ottoman, and even Islamic architecture.