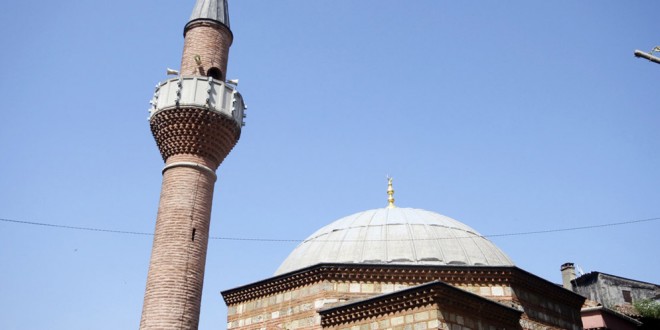 Yavasca Sahin Mosque: It is located on Uzuncarsi Avenue in Fatih. According to Hadika the establisher of the mosque which was constructed during the period of Mehmet II (The Conqueror) is Yavasca Sahin who had been involved in the conquest of Istanbul.

Also according to Hadika the minbar was put by Seyyid Mehmet Efendi. Yavasca Sahin Mosque was rebuilt in 1950. The walls of the mosque which has a quadrangular plan and one dome were built in an alternating form with stone and brick. The eastern front was left dull.

According to Ayverdi also althought there is supposed to be a narthex with two domes, today there is no narthex. There are five lower and four upper windows on the mosque. The lower ones were equipped with spike draining arches.

The upper ones which have rectangular frames are equipped with thin long spike arches and plaster framed. Also there are four windows with spike arches on the dome trimmer. The minaret on the northeast has a thin tall body made of brick, a balcony and a spike cone.