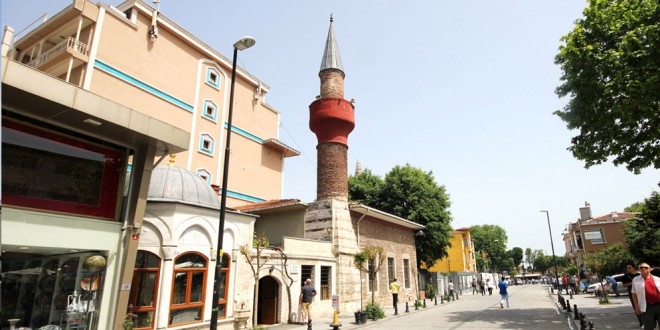 The mosque was built for Mehmet Han who was the “head accompanier” (Satırcıbasi) of Fatih Sultan Mehmet in the year 1465. It was later renewed for Uskubi (of Skopje) Ibrahim Aga in 1491.

For this reason, the mosue is also called with the names Uskubi Ibrahim Aga, Uskubi and/or Uskubiyye. According to information in the Registrar Book of Foundations, a foundation was established for the building, a foundation was established for the building of a mosque in the year 1465 by a woman called Nevruz. The mosque which was renewed in the year 1735 for Sekercizade Mehmet Efendi was also restored once more in the year 1953. Its walls are made of stones and bricks.

It has got a single balconied minaret with a thich trunk. The fountains beside the mosque were built for Dilsiz (dumb) Tavsan Aga. Benefactor of the mosque rests right before to mosque.